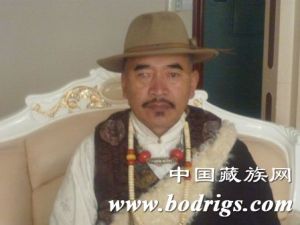 Unless one is deaf or blind, we can assume that everyone has seen or heard about the non-violent protests through self-immolation being carried out by many Tibetans in the last few years. Initially monks and nuns have carried out self-immolation protests and later this was followed by laypersons setting themselves on fire, including young students. So far the number of self-immolators has reached 97. Why is this? Why is this being done? For what purposes are these self-immolations carried out? Is this a good thing or a bad thing? Is this development useful or does it have a negative impact? Should this be continued or stopped? These questions are clearly put in front of every Tibetan. If one’s feeling are not restrained then any Tibetan cannot avoid pondering these issues and questions. The time has come for us to provide clear responses based on truth and honesty.

What some of you have been saying is true indeed. Since a big challenge such as this is taking place amongst our people, every Tibetan is bound to have his or her own views and opinions on it. However, whether one expresses one’s views, whether one is allowed to say what he feels or thinks or whether one has the courage to articulate ones opinion depends upon various factors. Hence one cannot expect everyone to respond in uniformed say. Take my case as an example. My livelihood depends on my salary. For someone like me who has even lost the power over his life and death to an external authority, I do not have the freedom to express any critical opinions on an issue which is linked to the one who pays me my salary. Nor do I have the courage to hurt the feelings of my patron. To be frank, I knew this was a crime since last year. But I do not have the habit to tell lies and smile over a cup of tea to fool myself and others. Moreover, I do not have to stretch my hands to measure the size of a golden image of Buddha. And yet, whatever is being said it is clear everyone setting themselves on fire without harming others is an act of non-violent protest. Everyone who set themselves on fire, including monks and laypersons, had unrivalled faith and clear aims in their minds. It is well-known that they have resolutely decided to self-immolate with no regret in dying in the process. There is nothing I can do other than secretly shed my tears and swallow my deep sorrow for those who burn in the violent flames. I don’t even have someone with whom I can share my sorrows.

However, when I hear some people motormouth and say bad things, my heart is filled with sorrow and sadness. I heard some empty-headed people say that the self-immolators were full-stomached people who failed to realize their own happiness and they engaged in this act because they had nothing better to do. Funny indeed. I am now certain that I am not only blind but I am also turning deaf in my ears. I have certainly heard of people killing themselves because they could not fail to bear sorrows but until today I have never heard of people setting themselves on fire because they have nothing better to do. I am a deaf old man and perhaps I failed to read in between the lines of what empty-headed ones have said.

A few other insensitive people have said that those who set themselves on fire were an ignorant lot, who have self-immolated for nothing. I have either been fooled by my salary and position as a District Commissioner or this 66 year old man has been subjugated and turned into a conscienceless and senseless person. For a long time, with my eyes I have been seeing that all the educated men and women are running after money and official positions day in and day out; lamas and abbots leaving their own monasteries and running after money and roaming around to become Chinese lamas. Only now have I learned that 100 ignorant fools set themselves on fire from among 6 million Tibetans. I am the fool among fools. It is surprising that those who realise happiness are said to be happy and those who know nothing self-immolate. It is even more surprising that there is such disparity though everyone is a human being.

Some shameless people have remarked among other things that self-immolators were incited and fooled by others to do so. To tell lies and carry out propaganda do not need ethics or to consider what is right and what is wrong. Or perhaps I know too little. I can understand that perhaps it is possible for one or two young people to be influenced by others to carry out self-immolation protests, but I cannot imagine learned lamas, monks, nuns and grown-up men and women have been incited or influenced by others. Especially, educated and highly experienced person such as Tamdin Dorjee, the grandfather of the 7th Gungthang Rinpoche, could not have been influenced into carrying out his self-immolation protest. They have but offered their lives on fire for clear aims and pure faith. I cannot think of anything else. Whatever is being talked about, one thing clear is that cowardly people like me will know nothing other than filling our stomach and keeping our backs warm. Nevertheless, wherever one goes or wherever one may reside one can hear and know that the united call of the self-immolators is the return of His Holiness the Dalai Lama to Tibet. There is no disagreement on this. This is the wish not only of the self-immolators but the unwavering hope of all Tibetans. The world has clear knowledge of this.

There are many ways to fight for freedom, to fulfill one’s aspirations and to struggle against the government. At a time when there is a so-called good leadership of the Communist Party, good governance from the administration, good economic development and good livelihood for the people, it seems that an individual, a group of people or a nationality can demand rights from the government, regional authorities or even the Communist Party by submitting appeals and through legal channels. It appears that one may not necessarily have to resort to self-immolation. Perhaps these are just the words of someone like me who does not know much. But what I want to request again is that no matter what savage and brutal rule you may have to endure, please do not set yourself on fire. Whatever methods of struggle and resistance one must adopt, do not resort to self-immolation. No matter how pure and incomparable your hopes and faiths are please do not set yourself on fire. I particularly want to request our root guru, His Holiness the Dalai Lama, to pray for the sea of suffering in Tibet and kindly make a statement to ask the brave Tibetans not to self-immolate.

My friend Tehor Lobsang Choephel and others, it is our responsibility to think about the welfare of our people and ensure the relationship among the nationalities and stability of the country. I genuinely and truthfully want to respond to all your questions on the internet. I hope that you will read this piece in which I have shed some of my rather incomplete thoughts. Kindly bear with me for any mistakes.